New developments in our understanding of the pathology of Rheumatoid Arthritis (RA), a chronic disease affecting many patients, show how disease-inducing immune and inflammatory reactions develop from an asymptomatic phase with autoimmune reactions into a phase of non-specific symptoms and then further into the full-blown disease causing pain, joint destruction and functional deterioration. The ultimate goal for therapeutic development was to identify the disease-causing molecular events early in the disease and then influence immunity and inflammation so that functional deterioration is halted, immunity is re-regulated and the disease is cured.

The work from groups within the BTCure consortium (and others) showed that very different genetic, environmental and thus molecular events are needed to trigger different subsets of  rheumatoid arthritis (RA). The project  aimed to develop an understanding of the early process in arthritis subsets that will enable the development of precise and eventually curative treatments to be used before irreversible destruction and loss of joint function and mobility have occurred in patients.

To achieve these goals, samples from biobanks were analysed in vitro and models were aligned with different variants of human arthritis. In addition, new models will be established using similar molecular pathways as the relevant human arthritis subsets, leading to the understanding of the etiology and early pathology of the disease for a program aimed at early and curative treatment of RA and RA-like diseases. A major focus of these efforts was to understand and subsequently alter the adaptive immune reactions in patients from a disease-inducing mode into either a protective mode against the disease or become asymptomatic. Advances made through initial research into the pathology of this group of diseases have been successful, given enough information available on the nature and regulation of disease-inducing and disease-protective immunity. With these tools the project team was able to use new understanding of aetiology and early pathology of human disease for a program aimed at early and ultimately curative treatment of human RA and RA-like diseases.

Are IMI projects delivering socio-economic benefits? Yes, but it often takes time for these to become apparent, concludes a new report on the outcomes of 44 IMI1 projects.
more

Unravelling the enigma of autoimmune diseases 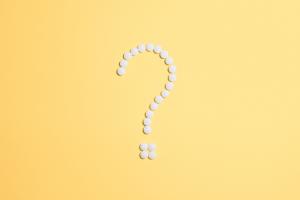 Rheumatoid arthritis is a chronic disease set off by the body’s immune system not working properly. It causes pain and swelling, especially in joints, and affects about 1% of the population. While new treatments have helped to relieve the inflammation, almost a third of patients still respond poorly to these and scientists have no way of predicting who they will work on and why.### This makes the choice between available treatments complicated and uncertain. IMI’s BTCure project has tackled this knowledge gap head on. It has created better tools, such as new biomarkers, animal models of the disease, and bio-informatic systems. It has developed testing procedures (assays) to measure these biomarkers for signs of disease, its progress and its responses to therapy. BTCure researchers also believe they have partly answered the question of why joints are targeted by the immune system in rheumatoid arthritis. They identified a link between ‘osteoclasts’ – cells that absorb bone tissue during growth and healing – and the offending antibodies (ACPAs). ‘Close interaction between our industrial and academic partners using a large set of bio-banked samples resulted in new ACPA-detection chip designs,’ said Martina Johannesson of Sweden’s Karolinska Institutet, one of BTCure’s scientific coordinators. ‘These are instrumental to the device that is now being developed to help clinicians diagnose rheumatoid arthritis much earlier.’ This advance could have huge benefits for over-burdened healthcare systems and boost productivity in businesses with much fewer workers on long-term leave.
Full story

Scientists have identified two molecules that block the action of a protein implicated in many inflammatory diseases such as rheumatoid arthritis. The findings, published in the journal PLoS Computational Biology, could lead to the development of much-needed new treatments for these diseases. The work was funded in part through IMI’s BTCure project.### The protein tumour necrosis factor (TNF) has been implicated in a number of inflammatory diseases, including rheumatoid arthritis, Crohn’s disease, psoriasis, and multiple sclerosis. Drugs blocking the activity of TNF have been developed as treatments for these diseases; however, they do not work in all patients, they can cause unpleasant side effects, and their effectiveness can wear off over time. In this study, scientists used a computer tool to virtually screen 15 000 small molecules in a quest to identify those that could interfere with the activity of TNF and RANKL, a protein that is a member of the TNF family. This virtual search identified nine promising molecules, which the team subjected to detailed studies in in the laboratory. These ‘real life’ studies showed that two of the molecules, T23 and T8, showed particularly strong activity as inhibitors of TNF and RANKL, preventing them from interacting properly with other proteins. ‘These compounds present low toxicity and may be further optimised in drug design targeting TNF and RANKL to develop improved treatments for a range of inflammatory and autoimmune diseases,’ the researchers conclude.

Scientists in IMI’s BTCure project have uncovered a new mechanism which triggers rheumatoid arthritis, opening the way for the development of more targeted treatments which could prevent or delay the onset of this debilitating disease. By investigating events responsible for changing a healthy person into a rheumatoid arthritis patient, the researchers discovered ###that antibodies, which can be detected in the blood of some individuals years before disease onset, contribute to the development of the disease. According to the results of the study, these antibodies are able to induce joint pain and signs of bone loss before chronic inflammation in the joints occurs. These events might make joints very sensitive to relatively small challenges (such as minor trauma, infections, etc) and promote chronic inflammation, which eventually leads to the development of rheumatoid arthritis. ‘Our findings contribute to the early detection of not only people who already have rheumatoid arthritis but also of individuals at risk for developing the disease.’ said Anca Catrina, a professor at Karolinska University Hospital and one of the lead scientists in this study. These findings, she adds, could help researchers develop specific treatments to target early stages of the disease, delaying or preventing the disease onset. The results of this multi-centre study have been published in the Annals of the Rheumatic Diseases and, according to Catrina, wouldn’t have been possible without IMI. ‘The public-private nature of IMI has largely contributed to achieving these results’, she said. ‘For example, private sector companies have provided the academic partners with the possibilities of developing unique tools for this research, such as high quality and expensive technologies.’

Nearly all 15 ongoing IMI projects have launched a dedicated website. An overview is available here.