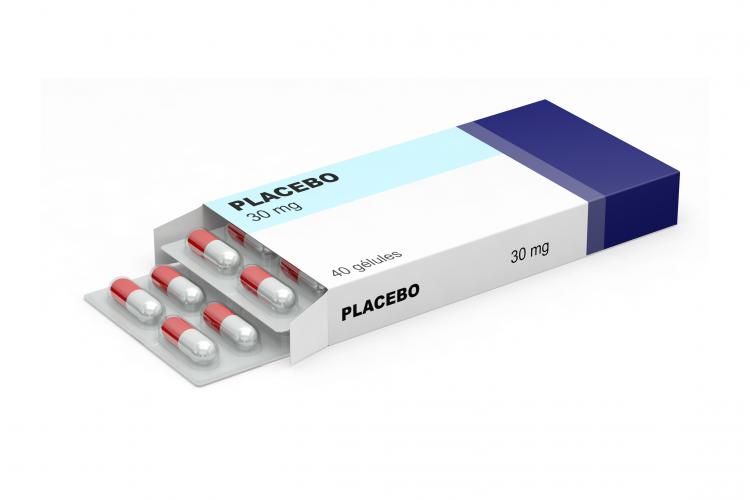 The placebo effect, in which a fake treatment causes a patient’s condition to improve, can be a big obstacle in clinical trials. If the placebo response is large, it's harder to measure the real effect of a potential drug. EUROPAIN project scientists studied how different factors in the design of the study affect the placebo response and found that the information given to patients at the beginning of the study may be the factor with the greatest impact. Thanks to the data the project generated, researchers  have since successfully argued against informing investigators and patients of the likelihood of the patients getting an active treatment.

Märta Segerdahl, MD, PhD, Assoc. Prof was the coordinator of the IMI EUROPAIN consortium (as part of AstraZeneca CNS R&D). We asked Dr Segerdahl to explain what the project was able to achieve.

Q. What was the idea behind this part of the EUROPAIN project?

Dr Märta Segerdahl: We wanted to know if there was anything important that was influencing the placebo response in pain drug trials, which is commonly around 30%. This causes the trials to be huge, which makes it much more expensive. We wanted to know: is there anything we can control to make this response lower and get better data? Anything we can do to reduce the numbers can bring the price down and reduce the risk of the trial failing , both of which are in the interest of the company.

Q. What was different or new about how you went about it?

Dr Märta Segerdahl: We managed to get access to individual data. Normally, the way you would do this would be to look at publications where you can find group data. This allows you to see the average placebo response. But we were able to look not only at the group-level data, we managed to get individual data from three companies that had each just concluded full phase three programmes -  that means nine studies, each including hundreds of patients, and in total more than 2,000 patients receiving placebo treatment.

So instead of having an average group response, we were able to put everything into a database and look at individual data, which is the only way actually to get detailed enough data.

Q. Did the data surprise you?

Dr Märta Segerdahl: We had suspected that there are certain factors that might become evident by looking at the data, for example how many study sites are participating in the trial, or how many visits patients come for (if they come for a visit every two weeks, they might feel pampered and they're more likely to be happy with whatever treatment they get). Other suspected factors included gender, age group or even geographical region; for example, regions where healthcare is not as well developed could be an influencing factor.

But then what we actually found was that the region didn't matter, it all came down to individual responses. This included things like the number of visits, but most important was the type of drug.

Q. How could the type of drug being tested have an influence on a person’s objective report if they received a sugar pill?

Dr Märta Segerdahl: Before a patient participates in a clinical trial, they have to give their informed consent. You have to give them quite a detailed description of the drug they might get and the potential side effects. Of course, in a double-blinded trial, they don't know if they're going to get it or not. Nor do they know whether they might get the drug in a high dose or low dose etc.

In the data we looked at, all of the participants had the same pain condition: osteoarthritis. Some were told they could potentially receive a new type of drug that it is similar to a common non-steroidal anti-inflammatory drug that everyone has taken. Others were told that they could get a type of drug has also been used as an antidepressant. Another group was told they could receive an opioid-like compound. For this last group, the patient information sheet said that the active drug was quite strong. And lo and behold, who has the largest treatment or placebo response? It was of course the patients in the opioid group.

Q. Why would the strength of the drug matter?

Dr Märta Segerdahl: It's very clear that the way the patient information sheet is written, both in terms of the details on how efficacious the drug is assumed to be and the potential side effects, has an influence on a participant’s thinking. A person’s mind can tell them, for example, that they feel constipated, or that they are thinking more slowly, and that it must be because of the drug. They can imagine that these things are happening to them, and end up with very much the same side effects in the placebo group as those who get the opioid.

Q. If the imagined effects ‘work’, why can’t we use sugar pills to treat pain?

Dr Märta Segerdahl: Irrespective of disease, the placebo will have a time-limited effect. It usually lasts for about two or three months and then it goes away. That's well known for from many indications; it’s called the maintenance effect. And normally a drug is intended to be taken chronically.

In clinical practice, when a patient starts a new pain treatment, you let the patient take it for two months and see how that patient responds and make an evaluation of the effect. But in a clinical trial, you have to take them six months long because not only will you see side effects in that timeframe, it also allows for the placebo effect to go away and give you a much more realistic view of the actual effect.

Q. Has this new insight helped in recent research in any way?

Dr Märta Segerdahl: In some trials there are groups that are administered different doses of a particular drug, plus the control group. The different doses would allow us to see if we can have the same effect at a lower dose, perhaps with fewer side effects. In those trials, the placebo response tends to be higher because these people know that there is a higher likelihood that they will receive an active compound – a three to one chance.

Based on our data, it is now allowed to not tell the investigators how many patients receive placebo and how many will receive active treatment, because they might influence patients if they tell them the likelihood of getting one of the three doses (or placebo).

Q. Who decides what you are obliged to tell the participants? Can you tell us more about the arguments used to convince them?

Dr Märta Segerdahl: The decision is made by an independent ethics committee, who are normally very keen for the sponsor to tell the participant in the trial everything about the likelihood of receiving an active compound. But we were able to show that this actually increases the total number of people you need in a trial because this would cause the placebo response to be significant. More participants is not necessarily ethically good, if it can be avoided. You want to put as few people at risk as possible. So our argument is that in order to reduce the number of people involved while still being able to answer our research question, we should not tell them about their odds. Also being very general and neutral but yet clear on potential side effects is important.

In ethics applications I and others have successfully argued against telling the investigators the likelihood of the patients getting an active treatment, and against including that information in the informed consent form that the patients have to complete. Convincing the ethics review board with this argument is not something that had necessarily been done previously.

Neuropathic pain was classified in a way that stymied research. Not anymore