ACE2 and COVID-19: studying the Achilles’ heel of the coronavirus

The virus’ passageway into lung cells is via a protein called ACE2. It might be the weak link of coronaviruses 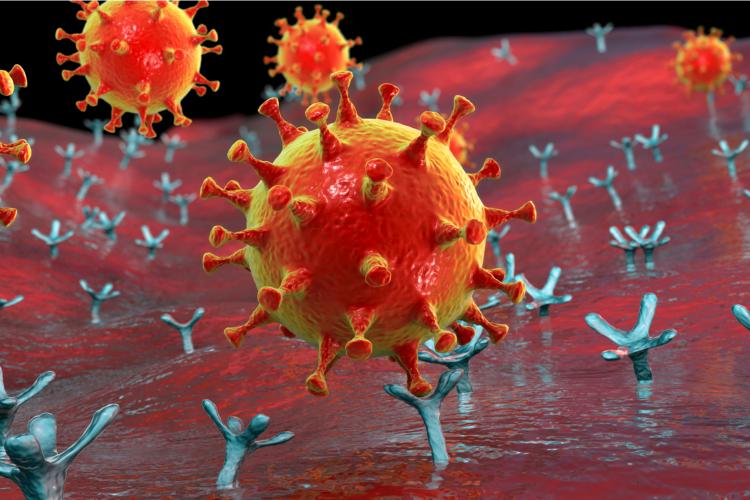 The protein ACE2 (angiotensin converting enzyme 2),  found on the surface of cells in the lungs and other organs, has been confirmed to play an important role in SARS-CoV-2 infections. Based on this knowledge, the team behind MAD-CoV 2 is investigating the use of recombinant ACE2 as an antiviral treatment, and further possible new targets and treatments, through a clinical trial sponsored by MAD-CoV 2 partner APEIRON Biologics AG.

The team is studying the mechanism of the coronavirus spike protein that attaches to ACE2. “We have one compound in clinical trials. We also aim to define the most essential targets important for SARS-CoV-2, and when we have them, we will use the power of artificial intelligence to define new antivirals,” says Ali Mirazimi, coordinator of the project and professor of clinical virology at the Department of Laboratory Medicine at Karolinska Institute and Senior expert at the National Veterinary Institute, Sweden.

ACE2 is the critical receptor for the SARS-COV-1

“One of the partners in the project, Dr. Josef Penninger, Professor at the University of British Columbia and founder of APEIRON Biologics AG was the first to pin down evidence that ACE2 is the critical receptor for the SARS-COV-1 (involved in the 2003 SARS outbreak) to enter human cells.  20 years ago, ACE2 was described as an important molecule to regulate blood pressure,” says Dr Mirazimi. “Later on, the team showed that this same protein is used by SARS-CoV-1 to infect cells in the human body, and plays important role in disease progression in SARS patients.”

APEIRON Biologics, also partner of the MAD-CoV2 project, was developing a recombinant form of ACE2 as a drug to treat SARS-CoV-1 and later, different kinds of lung diseases. SARS-COV-1 disappeared very soon after the outbreak, but APEIRON brought the molecule to phase two clinical trials in lung diseases. “Since SARS-CoV-2 emerged in December 2019, we have targeted ACE2 as therapy, as it has been shown that this molecule plays a central role for COVD-19 as it did with SARS-CoV-1,” said Peter Llewellyn-Davies, CEO of APEIRON Biologics AG.

Experience on the ground

A SME partner (JLPHealth) will bring powerful genetic screening tools to the project: “We will be using 3D human organoids (human mini-organs grown in a tube) to validate our antiviral compounds,” says Dr Mirazimi. “Using very unique, state-of-art technology we will be able to define which part of our endogenous proteins (our own proteins in our cells) are most essential for SARS-CoV-2 infection.”

The team involves partners that have experience on the ground during earlier SARS and Ebola outbreaks (Dr Mirazimi led an IMI-funded project called EBOLAMODRAD, which developed rapid diagnostics for Ebola. He is currently coordinating a follow-on project, VHFMODRAD that will expand the tests to detect other viral haemorrhagic fevers). Among the partners are those who have headed up containment facilities to study highly infectious viruses, as well as leaders in engineering human tissues and developing breakthrough technologies that help find host factors for viral infections.

Apart from providing evidence on the role of ACE2 in viral infection, the MAD-COV 2 researchers want to engineer human tissues to test new therapies, and genetically map essential host factors for the spread of SARS-CoV-2. They will also enable a powerful new platform that can be used to develop new antivirals for past and future viruses.