27/11/2017 Facebook Twitter LinkedIn
The incidence of cancer in Europe is increasing but many potential new drug treatments are found to be ineffective when tested on patients. IMI's PREDECT project has investigated new models of tumours to help researchers discover more effective treatments and boost survival rates. 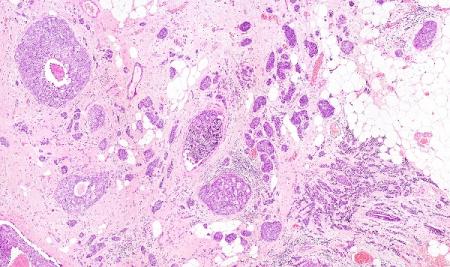 Laboratory tests are not sufficiently predictive of cancer drugs’ activity in humans. The rate of failure to take drugs from laboratory to registration for clinical use has been estimated to be as high as 90 %. In clinical trials, patients are thus exposed to drugs that don’t work and the cost to industry is enormous and unsustainable.

Real human cancers are complex: genetic changes within tumours over time cause cells in one cancer to differ from each other. To this complexity is added the cancer’s interaction with normal cells.

The EU and industry-funded PREDECT project tackled the problem of complexity by creating laboratory models of the disease that better represent the complex characteristics of different cancers. The models differ from those that are currently used.

More appropriate laboratory models for preclinical studies should increase the ability to predict drug efficacy. This will expand the number of treatments available for different types of cancer, potentially providing patients with a higher chance of survival.

“We chose to focus on complex and sometimes difficult models of cancer,” explains project coordinator John Hickman of the Servier research institute in France. “As an academic-industrial consortium we believed that although our models may not be rapid nevertheless they better represent the complexity of cancer. These models provide a high content of information more relevant to human cancer. With the high rate of failure of current high-throughput and rapid models to predict clinical activity, we considered something had to change in the way industry looks for drugs.”

The most common way of investigating tumours in the laboratory is by growing cancer cells on plastic dishes. However, this method captures neither the three-dimensional architecture of tumours, nor their heterogeneity, nor the interactions between cells and their surroundings.

The use of cells made to grow together as spheres was investigated by PREDECT. Spheres give a better idea of the tumours’ three-dimensional architecture. PREDECT also aimed to find out if very thin slices of an intact, growing tumour could give an even more complete representation of tumour complexity.

PREDECT members identified optimal ways of maintaining ultra-thin slices in the laboratory. Slices captured the native features of tumours and the environment in which they had developed, as well as reducing the need for tests on animals. PREDECT researchers at AstraZeneca received a prize, presented by AstraZeneca CEO Pascal Soriot, for the use of slices as the most innovative system for reducing animal use in cancer drug discovery.

As a result of its investigations, PREDECT researchers were better able to compare the pathological and molecular profiles of the models they had developed with those of human tumours both in their normal state and when affected by drugs.

A game-changer for breast cancer research

The project also developed a much-improved animal model of oestrogen-receptor positive breast cancer, one of the most commonly diagnosed breast cancers accounting for more than 400 000 deaths a year. Experts wrote that this model was a ‘game-changer’ with the potential to lead to new treatments, says Hickman.

“Novel drugs that act against cancer will have social and economic benefits for patients and healthcare systems,” says Hickman. “An industry with a high percentage of failure has compensated by over-pricing successful drugs. This is unsustainable and ethically questionable. The industry has to re-think how it discovers drugs for complex diseases and create better models of cancer for drug discovery.”

He adds: “A recent analysis of the continuing decline in discovery of drugs with significant activity against a wide variety of diseases pointed to poor disease models as a major reason for failure and the economic decline of the industry.”

PREDECT is jointly funded by the EU and industry through the Innovative Medicines Initiative, a public-private partnership.