10/05/2017 Facebook Twitter LinkedIn
How exactly does our immune system respond to vaccination? In the first study of its kind, scientists from IMI’s VSV-EBOVAC project, studying a promising Ebola vaccine, set out to find out which immune cells get activated early on, which inflammatory markers are released after that, and how this early activity later impacts the production of antibodies against the Ebola virus. In the process, they discovered a unique signature of a promising Ebola vaccine candidate which could not only help predict adverse reactions and effectiveness of this vaccine, but also inform the development of vaccines for other diseases as well. 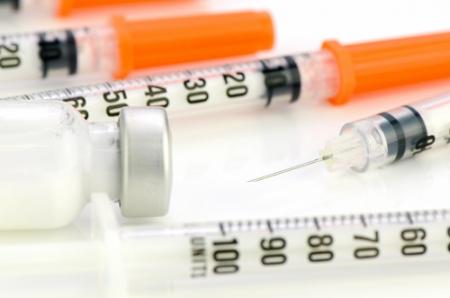 Safety is a key element in vaccine development and acceptance, yet there is little information on the precise changes in our immune system that occur when we receive a dose of a vaccine. Knowing this information early on could help predict both potential adverse reactions, such as the common flu-like symptoms, and the desired immune response that protects us from developing a disease.

In a ground-breaking study involving seven project partners, IMI’s VSV-EBOVAC project set out to change that. By measuring concentrations of various substances in the blood plasma of subjects before and after vaccination, the project scientists mapped out the immune response of volunteers who received a promising Ebola vaccine candidate, called rVSV-ZEBOV (‘vesicular stomatitis virus-vectored Zaire Ebola vaccine’). More specifically, the project scientists identified six signalling proteins in the subjects’ plasma which increase the day after receiving the vaccine. Together these molecules form a unique signature.

‘These findings are important and indeed ground-breaking,’ said Claire-Anne Siegrist of the University of Geneva, the project's scientific coordinator. ‘No signature for this vaccine or any other Ebola vaccine has been previously identified. On a clinical level, this plasma signature can serve as a biological clue (biomarker) to anticipate and determine common side effects and the ability of our bodies to produce protective antibodies against the Ebola virus.’

These important findings, which were published recently in the prestigious journal Science Translational Medicine, wouldn’t have been possible without IMI, she added. ‘The public-private nature of the project was tremendously important in achieving these results. In addition to academic partners, representatives of the vaccine manufacturers played a very important role in the study.’

From Geneva to Gabon
Along with the contribution of various project partners, the study wouldn’t have been possible without the participation of 115 healthy participants in Geneva who volunteered to take part. Scientists took their blood samples before and after vaccination, and discovered distinct patterns occurring the day after vaccination. Levels of the six signalling proteins (called cytokines and chemokines) secreted by cells increased in subjects who had received the vaccination, but remained stable in participants who had received a placebo. Those six signalling proteins regulate inflammation in the body and attract white blood cells, called monocytes, to inflamed or infected tissues. The fact that the vaccine produced a monocyte-related response didn’t surprise scientists, as these are the very cells that the Ebola virus targets.

After obtaining the vaccine signature in this Geneva study, scientists double-checked it against plasma samples from the parallel trial that had taken place in Gabon. They found essentially the same signature there. The overall signature score was higher in volunteers who experienced stronger flu-like symptoms and in those who later developed a stronger antibody response, an insight which could be useful in future vaccine risk-benefit studies.

‘These findings have helped lay the groundwork for defining signatures of other vaccines,’ said Siegrist. ‘They also increased our understanding of vaccines’ effect on our innate (early) and adaptive (late) immune activity.’ Moreover, the results of this study may eventually inform the development of standards for assessing the risks and benefits of live virus vaccines.

What’s next?
The signature in the plasma of subjects is just one piece of the puzzle. Scientists in the project believe that serological data, once integrated with the gene-expression analysis of the host response, will allow them to identify the immune and molecular signature induced by the rVSV-ZEBOV vaccine. That work is currently ongoing and will help VSV-EBOVAC project scientists get a fuller picture of how patients respond to vaccination.

This study is pivotal to the VSV-EBOVAC project, whose purpose is to acquire – by applying cutting-edge technologies – critical knowledge of the innate (early) and adaptive (late) immune response which occurs in volunteers after they receive the VSV-ZEBOV vaccine.