16/11/2018 Facebook Twitter LinkedIn
IMI's RHAPSODY project researchers have split type 2 diabetes into subgroups and are working on a tool to personalise treatment for the disease. Their aim is to help patients get the best possible care for their specific condition and cut public health costs. 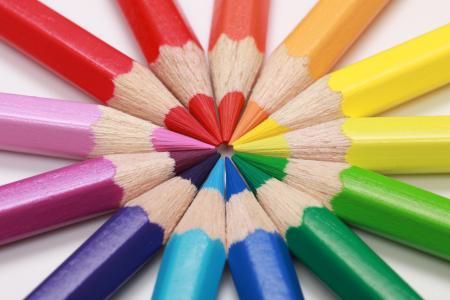 Diabetes is a chronic and incurable illness linked to blood sugar that has traditionally been divided into type 1 and type 2. Type 2 accounts for the vast majority of cases – some 285 million – and its prevalence is expected to soar over the coming decade.

Amid this backdrop, IMI's RHAPSODY project set out to look more closely at type 2 in a bid to develop targeted treatments for the condition, which can vary significantly and cause serious complications such as kidney failure.

In a major development, RHAPSODY – in conjunction with others including IMI's BEAT-DKD project – has broken type 2 diabetes down into five subgroups which need different treatment and have different progressions.

And this, the researchers believe, has the potential to revolutionise how doctors deal with diabetics.

‘What RHAPSODY is really about is individualising diabetes treatment,’ says vice project coordinator Leif Groop of Lund University in Sweden. ‘For too long, we have had the situation that one size fits all.’

The subgroups grew out of a Swedish study known as ANDIS involving more than 13 000 diabetics and initiated by Groop. It monitored not only a patient’s blood sugar but also factors such as insulin resistance and secretion, as well as age. The study has since been replicated, including in China.

‘A lot of what we’re doing in RHAPSODY now is built around this new classification,’ says Groop. ‘It has been one of the project’s key achievements so now we are trying to follow up.’

This, he says, means ensuring people get tailored treatment for their particular form of type 2 diabetes – and that their risk of complications is properly addressed.

However, he adds, under current guidelines such patients usually do not receive proper preventive care.

In contrast, patients with obesity or age-related diabetes are often over-treated when in fact lifestyle changes, in combination with the drug metformin, is usually adequate to deal with their particular diagnosis.

That could all change thanks to an innovative, computerised tool RHAPSODY is currently developing for use by diabetes clinics.

Using a blood sample, the so-called clinical support system will be able to match a person with a subgroup and then suggest the best treatment plan. It will take the risk of complications into consideration, helping to ensure that everything is done to keep these in check.

‘This will be a first step to individualised medicine,’ says Groop. ‘It is, of course, a work in progress and we are improving it all the time.’

In the field, testing will begin in Sweden and Finland by the end of 2018. In the long run, Groop is convinced that RHAPSODY can help contribute to reducing public healthcare costs while improving patient care.

‘We are confident that by applying our new classification, society can save money by channelling resources to the correct patients – especially those with risks of complications – so that their conditions remain stable and they don't unnecessarily burden the public health system,' he says.

‘Currently, since one size fits all, all patients get the same attention – even if they do not need it.’

But before that can happen, a key step will be convincing regulators to recognise the subgroups and make them part of how diabetes is defined. ‘This will then help get the right treatment to the right patient,’ Groop says.

RHAPSODY is funded by the Innovative Medicines Initiative, a public-private partnership between the EU and the European pharmaceutical industry.