24/06/2017 Facebook Twitter LinkedIn
Scientists from IMI’s ENABLE project have found a new mechanism to target drug-resistant bacteria, opening up a promising new pathway for further research. The mechanism involves DNA gyrase, a well-known enzyme that is a target of already existing antibiotics. ENABLE scientists found a new way to inhibit this enzyme and kill drug-resistant bacteria in the laboratory. 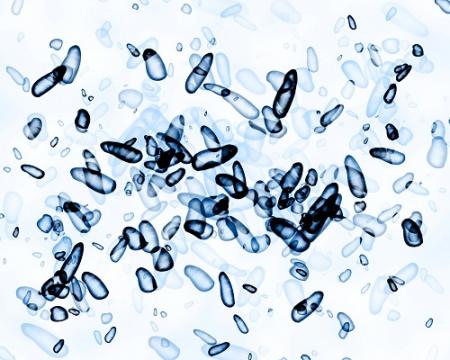 The spread of bacteria which are resistant to multiple antibiotics is a major public health threat in Europe and around the world. In a new study published recently in the Proceedings of the National Academy of Sciences, scientists from IMI’s ENABLE project identified and characterised two new compounds, which have the ability to kill bacteria resistant to quinolones, a family of broad-spectrum antibiotic drugs, in a novel way. Although the work on these specific compounds will not continue within the ENABLE project because the compounds showed toxicity, the new mechanism which was uncovered holds potential for future research.

‘This study is very significant, but not because these specific compounds are likely to end up as clinical drugs’, said Anthony Maxwell of the John Innes Centre in the UK, one of the ENABLE project partners who played a key role in this study. ‘It is significant because it has revealed a novel way of targeting a well validated anti-bacterial target, DNA gyrase, and that new way of targeting this enzyme is not subject to pre-existing resistance to antibiotics. It is very exciting. Eventually this could lead to the development of the new antibiotics.’

ENABLE is a unique IMI project which has a very specific goal of developing attractive antibiotic candidates for testing in the clinic. The compounds featured in this study were brought to the project by one of the project partners, the pharmaceutical company GSK, in partnership with Sanofi. Once the compounds showed toxicity in a laboratory setting, GSK and Sanofi decided to stop the programme, withdraw the compounds from ENABLE, and replace them with a more promising programme. ‘From the drug discovery point of view, it is a long, hard road to delivering a drug,’ explained Robert Stavenger, GSK lead for this study. ‘Unfortunately this series of compounds does not appear to be developable due to toxicity. But we did find a new way to target a clinically validated target and that is very interesting.’

According to Stavenger, although GSK could have tested these compounds on their own, the details of the new mechanism to target drug-resistant bacteria would not have been discovered and described without the public-private collaboration. ‘The really detailed biochemistry that nailed down exactly what was happening and how it was happening – we wouldn’t have done that without the additional resources and expertise from IMI,’ he said. ‘That was done in partnership with the John Innes Centre and that was huge.’

Even though the research won’t continue within ENABLE, now that the findings have been published, other researchers are able to pursue the effort. For example, the John Innes Centre team hope that they will be able to continue the research outside of ENABLE. ‘Our end product may not be a new antibiotic, but may well be new knowledge about antibiotic targeting,’ Maxwell said.

A well-known target, inhibited in a new way

How does the newly discovered mechanism work? In order to understand that, one must first learn about how DNA gyrase works. As Maxwell explained: ‘Bacterial chromosomes are tightly coiled, but for bacterial cells to replicate these coils must ‘unwind’ so that the DNA code can be accessed and copied. DNA gyrase creates a cut in the DNA, which allows it to uncoil. Inhibiting DNA gyrase is lethal for the bacterium because it can no longer replicate its DNA.’

Compounds that act on DNA gyrase are not new; in fact, a common and extremely effective class of existing antibiotics does exactly that. However, most of the antibiotics which act against DNA gyrase work in a similar way, meaning that when bacteria develop resistance to one of them, they may also become resistant to the others in the same class. But the new mechanism discovered within the ENABLE project inhibits DNA gyrase in a completely different way.

While the existing antibiotics work by blocking DNA gyrase at the point at which it interacts with DNA, the ENABLE compounds bind to a ‘hinge pocket’ on the other side of the enzyme’s structure. This prevents the enzyme from swinging into the correct position to do its job.

‘It is just the sort of approach that people are looking for,’ said Maxwell. ‘It is in many ways a rather conventional way of doing things. The new compounds which we used in this study are synthetic, small molecules and they are very much consistent with the normal compounds that we regard as ‘day to day’ antibiotics. There is nothing exotic about them and we are not stepping into untried territory. Thanks to this study, I am reassured that we can still find molecules of this type which are effective and could be developed into antibiotics.’

Additionally, according to Maxwell, this study confirms that that there is a lot of merit in focusing on already tried and tested anti-bacterial targets, such as DNA gyrase, for which there are already well-known drugs. ‘We know that these targets work and if we can find novel ways to exploit them, that’s a very good shortcut to getting towards new antibacterial agents.’