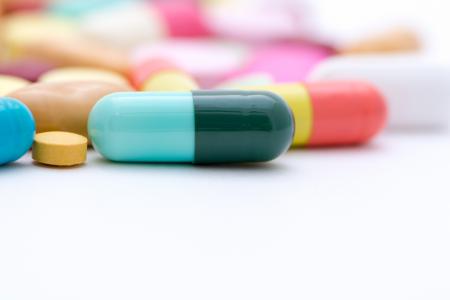 Colorectal cancer is the third most frequently occurring cancer worldwide and, at an advanced stage, one of the most common causes of death. It takes numerous forms, with not all such cancers responding to the same drugs in the same way. Moreover, difficulties are often encountered in getting new cancer drugs to market, with high failure rates in registration trials.

Tumours undergo genetic changes causing cancer to grow and spread. These changes can vary even between patients with the same type of cancer. Efforts are being made to develop personalised medicine allowing doctors to decide on treatment based on an understanding of each patient through identification of biomarkers – molecules typical of various tumour sub-groups. These efforts have so far met with only modest success and there are few tests to help doctors to choose treatments.

To improve responses of colorectal tumours to treatment and increase survival rates, the EU-industry funded OncoTrack project collected tumour samples from 106 patients. These were grown and analysed to identify biomarkers and create molecular fingerprints for each one.

Researchers then tested the response of the tumours to different drugs and correlated the molecular fingerprints and responses. This made it possible to predict whether a drug will be effective on a specific tumour.

In this way, the OncoTrack researchers discovered sets of biomarkers that can predict the effectiveness of two common means of colorectal cancer treatment: Cetuximab, which stops proteins on the surface of cancer cells from causing the cells to divide and grow, and the chemotherapy drug 5FU.

“The biological models of colon cancer that the consortium developed are especially well characterised and are already being used by some pharma companies for drug discovery and development projects,” says David Henderson, who coordinates the project on behalf of Bayer AG in Germany .

Growth of the tumours took place in 3D tissue culture systems and through xenografts – tissue grafted onto mice, which creates a strain of the disease adapted to mice. Analysis covered the genetic material, RNA molecules and in some cases, the proteins of the tumours.

“We established a set of biological models from tissues collected from patients at first diagnosis or on disease progression,” explains Henderson. “The tissues themselves were analysed in great depth. In addition, confirmatory analysis was done on all the models. Drug response data was collected from the models for a standard panel of therapeutic agents and the patients are being followed up by the participating clinics, although that is not part of the project.”

Use of the models developed under OncoTrack has the potential to bring about long-term benefits. One biotech company has been developing and refining a computer-based drug response prediction approach which may ultimately provide a commercial diagnostic service.

“The xenograft models are available on a commercial basis and a new company was spun out from the project to capitalise on the technologies surrounding use of the 3D culture models in drug development,” says Henderson.

During the six-year project period, 22 PhD students were involved in the research. Training courses comprising webinars and face-to-face tuition were attended by more than 100 participants.

This project was funded by the Innovative Medicines Initiative, a public-private partnership which receives support from the European Union’s Horizon 2020 research and innovation programme and the European Federation of Pharmaceutical Industries and Associations. It brought together 22 partners, and was coordinated by Henderson and Hans Lehrach of the Max-Planck-Institute of Molecular Genetics in Germany.