IMI at the European Parliament

In a 'more-than-filled' conference room in the European Parliament in Brussels, IMI presented its achievements on Thursday 6 October 2011. The session, which was kindly hosted by Mr Mario Mauro, MEP, highlighted the impressive achievements of IMI projects. 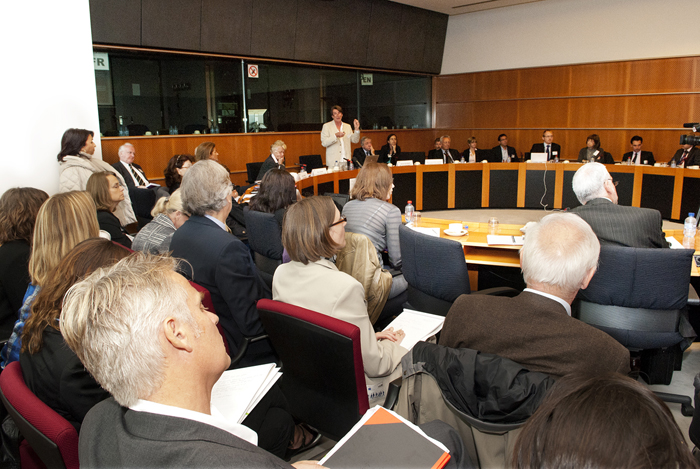 In the presentations (available below), high-level stakeholders as well as participants in IMI projects demonstrated to policy makers, the media and others how IMI is helping to speed up the development of safer, more effective drugs in areas as diverse as cancer, Alzheimer's disease, depression, chronic obstructive pulmonary disease (COPD), infectious diseases and much more.

During the networking lunch that followed, session participants expressed their excitement about the achievements presented.

The joint event demonstrated the success of the public-private partnership model in driving research and innovation in diverse sectors across Europe. The joint event also featured an exhibition and press conference which were hosted by Ms Maria da Graça Carvalho, MEP.