Stimulating the development of new antibiotics

08/12/2017 Facebook Twitter LinkedIn
Many advances of modern medicine rely heavily on antibiotics - which can, however, lose their effectiveness over time as bacteria adapt. New types of these precious drugs are urgently needed. IMI's DRIVE-AB researchers are looking into ways to foster the required innovation. 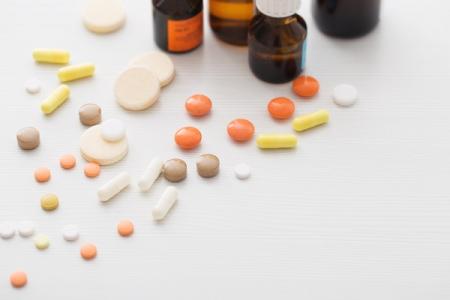 New antibiotics will have to be used sparingly to preserve their efficacy. The EU and industry-funded project Drive-AB focuses on ways to stimulate their development.

A combination of incentives is required, the researchers note. In particular, they highlight the need to ‘delink’ the revenue generated by new drugs from the quantities sold.

To do so, they propose a combination of push and pull mechanisms. Priority grants could, for example, be used to get the innovation process moving. A system of rewards for market entry could be set up to encourage its completion.

This type of approach would contrast with the business model traditionally applied to drugs, where income depends on the volume of sales. The discovery and development of new antibiotics is a different proposition, say Nicole Mahoney of Merck Sharp & Dohme (MSD) and Ursula Theuretzbacher of the Center for Anti-Infective Agents, who jointly lead the project’s stakeholder platform and external communication.

The risk of fostering resistance is a key consideration associated with antibiotics: the bacteria they are designed to kill or control may adapt to them. While the emergence of resistant strains is a natural process, various factors can accelerate it significantly. Profligate use is one of them.

Resistance to antibiotics and other antimicrobials may account for about 700 000 deaths globally per year, according to estimates. New categories of antibiotics are needed – ones that tackle bacteria in other ways than existing drugs, but they will only remain effective if they are used responsibly.

Or, better yet, sustainably.

“This covers how antibiotics are used for humans, but also usage of antibiotics for animals, and environmental pollution with antibiotics,” Theuretzbacher notes. “All three elements contribute to resistance.”

No new classes of antibiotics against the most resistant bacteria have been discovered for decades, and there are not enough companies are pursuing this type of research, says Theuretzbacher. “The current business model is not producing the innovation that we need,” adds Mahoney.

Drive-AB explored various combinations of incentives that could be used to improve the business case. A simulator was built to model the outcome, in terms of new antibiotics marketed, for a wide variety of possible scenarios.

“The proposed market entry rewards have never been tried in the real world,” says Theuretzbacher.

Drive-AB, she notes, was the first project to look into details of implementing potential incentives. It is a project funded by the Innovative Medicines Initiative, a public-private partnership involving the EU and the European pharmaceutical industry.

Drive-AB will end in December 2017, and the partners are preparing to publish their final report along with detailed recommendations.

“We have aimed to encourage a balance between innovation and responsible use,” says Mahoney. Equitable access was identified as another key consideration.

Antimicrobial resistance is a global issue – a superbug emerging in one country is a threat to public health everywhere. International cooperation will be needed to tackle the challenge, says Theuretzbacher.

The power of antibiotics is simply too important to lose. Without them, many of the medical advances that we have come to take for granted would be compromised, Mahoney observes. A lack of effective antibiotics would impair our ability to treat infectious diseases, and there are further implications: it would, for example, also increase the risks for patients requiring surgery or chemotherapy.

Awareness of the issue has grown considerably in recent years, according to Theuretzbacher.

Policymakers and other stakeholders could find ample inspiration in Drive-AB’s conclusions.

As a first step, the project’s findings might, for instance, feed into pilot studies at national levels, says Mahoney.

“We may well see individual countries trialling some of these ideas and setting up reward mechanisms that work within their local context,” she concludes.