‘Radical collaboration’ is shaking up the pharmaceutical industry – Carlos Moedas

28/06/2018 Facebook Twitter LinkedIn
‘Radical collaboration’ where multinational companies work together and share data instead of keeping it secret is helping to change the model of the pharmaceutical industry and solve problems more quickly, according to Carlos Moedas, the EU’s commissioner for research, science and innovation. 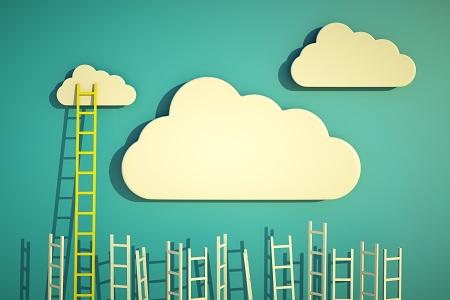 He was speaking at an event in Brussels, Belgium, on 27 June to mark the 10th anniversary of the Innovative Medicines Initiative (IMI), a public-private partnership designed to speed up the development of, and patient access to, innovative medicines.

One of the aims of the IMI has been to promote a culture change in the industry by requiring multiple companies to work together – along with academia and patient groups – on the projects it funds.

‘What is different about IMI?’ asked Commissioner Moedas. ‘It’s really a new type of collaboration. The job that you do in changing the way collaboration is done is a huge one.’

Getting companies to work together is no easy feat in an industry where businesses are inherently protective of their intellectual property. Patents and keeping the details of research programs confidential help companies recover money invested and gain an edge in the market.

But not only does this mean that different companies are often doing the same work, but also that drug development takes a long time. Meanwhile, the biggest healthcare challenges like Alzheimer’s or cancer remain unsolved.

The founders of the IMI wanted to remove bottlenecks and obstacles to developing new treatments and to bring them more quickly to patients.

Jonathan Knowles, former Head of Global Research for Roche, was the founding chairman of the IMI board. ‘One of the impediments (to setting up the IMI) was that companies believed everything they did was secret and therefore couldn’t be talked about,’ he told Horizon Magazine on the sidelines of the conference.

‘We had to get past that to explain that: “Actually, your efforts, including those with your small collaborations, are so small that you will make no progress. Why don’t you come with us (so) that we can put real resources and real expertise to work? Then you will get an answer and you will be able to get medicines.”’

Ten years ago the drug industry’s public image was shaky, he said, with pharma companies below the tobacco industry in public approval ratings. There was also a concern that Europe was falling behind in pharmaceutical innovation and commercial investment in research and development.

Knowles says he personally phoned several CEOs to persuade them to join the IMI. Some academic institutions were just as tricky, he adds, requiring phonecalls to their vice chancellors. The process took five years.

Pierre Meulien, the IMI’s executive director, told the conference that this integrated approach is still needed in European science. ‘In Europe we have brilliant minds in our academic universities but have created a lot of knowledge that has gone nowhere,’ he said. ‘We have to find new models where innovation can be created and translated into use.’

This new openness has already yielded results. In an IMI project called eTox, 13 pharma companies joined 11 academic institutions and six small- and medium-sized enterprises to create a database of the toxicity of molecules. Safety failure is a common reason why drugs do not come to market, yet most companies do not publish their data on this topic. With the eTox database, companies and researchers have access to shared data and can better understand the chemical space within which they develop new medicines.

The conference heard that IMI has also helped to shift the dial on the role of patients in research, giving patients a bigger voice in the drug development process. Val Hudson, a patient representative on asthma, said this enabled them to change the power dynamic even through subtle linguistic shifts. ‘We persuaded the scientists not to call us subjects but to call us participants,’ she told the conference audience.

Lara Bloom is international director of the Ehlers-Danlos Society, an organisation that represents people with a rare disorder of connective tissues that leaves sufferers in chronic pain and affects one in 20,000 to 40,000 people. She told the conference how those with the condition are often not believed by their doctors, which adds mental distress to their physical pain.

‘There are so many ways patients are failed, especially in rare and chronic diseases,’ she said. ‘There is a consistent lack of validation, diagnosis and support.’ But at the IMI, she said, patient engagement was a priority from the beginning.

Commissioner Moedas said that this approach of involving people in networks and giving them access to information is now what drives competitive advantage, citing Geoff Colvin’s book, Humans are underrated. He said that, increasingly, health challenges such as finding new antibiotics will be tackled through mission-driven science led by networks. And increasingly it is citizens who are driving change.

‘In a digital world it doesn’t make sense any more to think that science is just about the scientists,’ he said.