25/01/2019 Facebook Twitter LinkedIn
​​​​​​​Today’s paradigms of bringing innovation to patients are challenged by new developments, such as a growing patient demand for timely access to promising therapies. To address this, more adaptive drug pathways are needed and the ADAPT-SMART project set out to address that challenge. In an interview with the IMI Programme office, project leader Hans-Georg Eichler of the European Medicines Agency (EMA), project coordinator Andre Broekmans of Lygature and deputy project leader Solange Rohou of AstraZeneca explained how the project created a change in the mindsets of players in the healthcare ecosystem, and how this will affect drug development in the future. 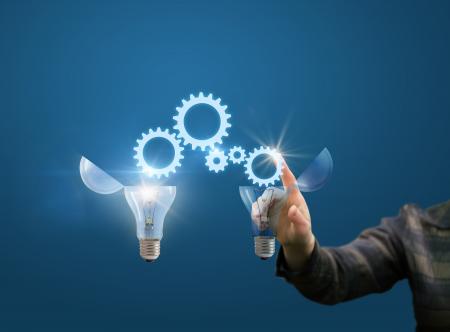 IMI Programme Office: Why was a project like ADAPT-SMART needed in Europe and what was the main challenge that you were trying to address?

Hans-Georg Eichler: There is a broad consensus in our society that we want better treatments for patients but we are facing several conundrums in bringing such better treatments to market. One of them relates to the so-called speed versus evidence conundrum. That means that some patients are in urgent need of new, better therapies – because they have a life-threating disease and they know their lifespan is limited. So on the one hand, speed is of the essence for some patients, but other patients who do not have that urgent need have a legitimate interest and a right to have only well tested drugs coming to market. And testing a drug thoroughly through long-term clinical trials takes time. Reconciling these different interests, these different priorities, is an issue that is not straightforward.

Another issue that we had to reconcile was the fact that many of the new treatments are for small populations of patients. When you have small populations you cannot perform standard, large, randomised controlled trials and this creates problems with generating reliable evidence.

There are other conundrums as well, and against that background it was felt that we needed a new approach to the development, the licencing, the reimbursement and the use of modern new drugs, and that is how the idea for MAPPS (medicines adaptive pathways to patients) was born. This whole project was about how can we address these issues by fostering and enabling the introduction of this MAPPS idea.

IMI Programme Office: What are the project’s most important accomplishments?

Hans-Georg Eichler: The most important accomplishment to me was a change in the mindsets of players in the healthcare ecosystem. That pertains to industry, regulators, health technology assessment (HTA) bodies, but also payers and to a degree physicians and patients. In the past, there was the idea that you develop a drug for 5 or 10 years, then you launch it and leave it out there. Nowadays we recognise that knowledge is being generated even while the product is on the market and we acknowledge that we need to tailor the treatment and development plan during both the pre- and post-licencing span.

The second key accomplishment to me was the fact that we learned that different decision makers should not look at these issues in isolation. We need to get rid of the silos and get everybody in one room to discuss that evidence generation and utilisation plan.

IMI Programme Office: Have patients already benefitted in any way from this project?

Andre Broekmans: From the onset two European patient groups were involved, the European Patients’ Forum and the European Organisation For Rare Diseases Association. They were very helpful in setting the goals of the project and also getting meaningful results for the patients. From the beginning they liked the perspective of safe and effective medicines and the possibility of early stage access for eligible patients. They felt reassured and involved in the whole process and acknowledged that the decision makers are keeping the same high standards for safety in the process. They have been acknowledged by the consortium as important partners throughout the process, not only when it comes to market access, but also in helping with the appropriate use of products.

IMI Programme Office: And what about the industry? How has it benefitted from participation in this project?

Solange Rohou: Industry has learned how to interact not only with the regulators but also with other communities. Thanks to what ADAPT-SMART has delivered, we have learned that there is value in interaction with regulators, HTA bodies and patient organisations; that it is valuable to have them involved in our drug development process. Additionally, this project showed us that in industry, we can work together in the pre-competitive space and that together we can move the needle forward.

Hans-Georg Eichler: We were very keen from the outset to be part of this, to play a leading role in this, and we did. The reason was that we had skin in the game, we were at the direct receiving end of all the criticisms that I alluded to earlier. On the one hand we were too slow, on the other hand, we were not thorough enough in our assessments and evidence standards that we are setting, too close to industry, not supportive enough of industry – we get all this criticism. We were interested to have this debate out in the public, to highlight the conundrums that we are facing and to find solutions that are broadly acceptable.

Among other things, our interaction with HTA bodies and payers in Europe has been fostered through this project. That is important for us and we see that now because what is the point of authorising a product earlier or later if the payers say no to it and it doesn’t reach patients? No one has achieved anything if that situation happens, so having this debate with our downstream decision makers is now helping us to avoid such situations.

Additionally, there is an initiative which is led by the EMA which started some months ago and HTA and industry is a part of – it’s focused around post-licencing evidence generation. So again it’s an opportunity to collaborate with different stakeholders and keep the momentum with what has been done as part of ADAPT-SMART.

IMI Programme Office: Would any of this have been possible without IMI?

Hans-Georg Eichler: I would say that the IMI project and the nature of this multi-stakeholder collaboration was a key catalyst to accelerate a process that would otherwise have taken much, much longer to happen.

Solange Rohou: I fully agree. Without IMI, it would have been more challenging.

IMI Programme Office: What was it like to be coordinators of this project?

Andre Broekmans: Well, it was fun to do because you bring many different partners to the table with all kinds of backgrounds and perspectives on how to deal with issues. And the good thing is that all the partners came into the consortium with a positive attitude, willing to contribute to the discussion and help to produce meaningful results. For coordinators it is easy if you have enthusiastic partners in the project.

Hans-Georg Eichler: It was hugely stimulating; this project was at the crossroads of science, politics and law. I learned a lot personally, I heard many divergent views and it was a success despite all the challenges.

Solange Rohou: I can only echo what my colleagues just said. It was really, really fun. I remember a remark made in the beginning, at the kick off meeting, when someone told me: ‘You are facing such a challenge, I don’t know how you will succeed.’

And I answered: ‘Really?’ What was nice is not only to have the debate, not only to identify issues, but also to identify solutions. I am not saying that we found all the magic solutions but it is true that this project has allowed us to identify what could have value in moving forward.