‘IMI really was transformative’ – an interview with the COMPACT project coordinators

28/01/2019 Facebook Twitter LinkedIn
​​​​​​​Biological medicines, such as proteins and nucleic acids, can be much more efficient than traditional synthetic drugs. However, getting them to where they are needed in the body is a big challenge. IMI’s COMPACT project developed prototypes of new drug delivery systems, which may lead to the next generation of biopharmaceuticals. In an interview with the IMI Programme Office, project coordinator Ekkehard Leberer of Sanofi and academic coordinator Enrico Mastrobattista of the Utrecht University explain how the project transformed the biologics field, and why this wouldn’t have been possible without IMI. 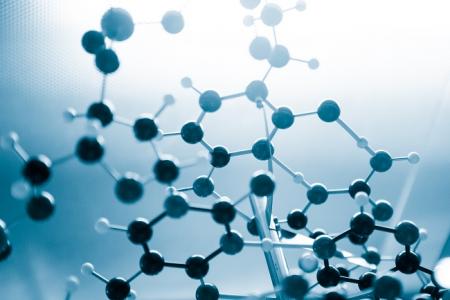 IMI Programme Office: Why was a project like yours needed and what was the main challenge you were trying to address?

Ekkehard Leberer: Biological medicines are being developed because they are much more efficient than traditional medicines, which are small, synthetic molecules. The biological molecules are from biological sources: for example proteins and nucleic acids. However, during evolution our body has developed mechanisms to protect us from those molecules, because those molecules can also be viruses and other pathogens, and we now have to overcome these barriers. This is a huge challenge. The main goal of our project was to develop drug delivery systems that bring those drugs to the right places in the body where they are needed.

IMI Programme Office: Which project achievements are you most proud of? What would you highlight?

Enrico Mastrobattista: One of the project outcomes is related to the challenge of getting biopharmaceuticals from the injection site to the molecular target that is causing the disease. For that we use nanocarriers that we can also modify at the surface to bind to specific cells. One of our main findings was related to the question why this modification doesn’t work in certain cases and why it does work in others. So we now have more fundamental insights into how nanocarrier-based nanomedicines work.

A second outcome is related to insulin as a therapy. Insulin is working well but it needs to be administered via injections. That is fine to a certain extent but if you could give it to patients in a tablet, so via oral delivery, it would be much more patient friendly. In our project, we have shown that certain cell penetrating peptides can help in getting insulin over the intestinal barrier into the blood. That was a very nice finding and it is a first step toward oral delivery of biological molecules that would otherwise not be possible.

Our third important output has to do with the blood-brain barrier. Brain is a really isolated organ – there is a tight barrier between the blood and the brain cells. Having to go over this barrier is a huge limitation in drug delivery. In this project we have identified potential new targets that we can use to get drugs into the brain. At this stage, this finding is just at the target identification level but it has led to a new IMI project which will explore those possibilities in more detail.

Ekkehard Leberer: We can also add a lung molecule to our list of key achievements. This is a novel nanoparticle that has been developed by COMPACT to get a novel type of therapeutic oligonucleotide into the lungs via inhalation.

IMI Programme Office: How did the pharmaceutical industry benefit from this project?

Ekkehard Leberer: The main benefit was to be able to test those novel nanocarrier-based approaches directly with academic partners. This is a huge benefit because then we are much more confident that a certain technology is working instead of just reading literature or getting presentations from biotech companies or from academic partners. Testing directly was a huge benefit to get this know-how.

I also like to mention the network that we’ve been able to establish with both academic partners and other pharmaceutical companies. Key players in the pharmaceutical industry have been involved in this project. Being able to work on programmes with several other companies is something we are usually not able to do, so this was also a huge benefit for us in this consortium.

IMI Programme Office: Has the pharmaceutical industry taken up any of the project outputs? Could you give an example?

Ekkehard Leberer: One example are the cell penetrating peptides that we just mentioned for oral delivery of peptides. This will be further optimised, carefully characterised and, if it works, it will then be moved into pre-clinical development. Another example is the above mentioned oligonucleotide-based nanomedicine that can be inhaled into the lung and is currently being tested by a biotechnology company for treating fibrotic lung diseases.

IMI Programme Office: Would you say COMPACT has changed the way things are done in industry? Has it been transformative in any way?

IMI Programme Office: And what about the academic community? How did it benefit from this project?

Enrico Mastrobattista: It was a great possibility for academic researchers to work with industry and see how they do things, how they develop drugs, what kind of problems they encounter and how we can try to solve these problems together.

What I learned is that industry and academia both have the same goals. The way that we handle things are different but together we can come a long way.

IMI Programme Office: What would you say are the socio-economic benefits of this project? Did the project result in any spin-outs or patents?

Ekkehard Leberer:  Yes, a biotech company has been spun out from Oxford University. They want to develop exosomes for delivery of oligonucleotide-based therapeutics. Right now it is a pretty early approach that needs more optimisation and more research. Once the system is further developed, it could be of interest for pharmaceutical companies as well.

There were also two patents filed: one for brain delivery, the other one for the nanocarrier system for lung delivery.

Enrico Mastrobattista: When speaking about socio-economic benefits we should also mention that companies that were not part of COMPACT are showing interest in the delivery systems that were developed. I know of two examples of collaborations between academic partners that were part of COMPACT and those biotech companies outside of the project to see whether those delivery system could benefit their therapeutics. In the long run, this could potentially lead to a new line of therapeutics.

IMI Programme Office: Would any of this have been possible without IMI? In other words, what was the added value of IMI?

Ekkehard Leberer: The added value was bringing together experts on this type of nanomedicine where you need a lot of different expertise. It would not have been possible, at least not for us in the industry, to have all these experts in one programme. I cannot imagine that this could have been done within one company or one institute. To bring together all this industry experience, academic experience, nanomedicine, and imaging experience, that’s where IMI really was transformative.

IMI Programme Office: And what about the future? What are the next steps?

Ekkehard Leberer: There are tangible assets that we have generated like transgenic mice for analysing biodistribution of these nanocarrier systems. That’s going to be available or is already available for everybody. It will be distributed by a commercial company providing transgenic animals.

The other tangible assets are the antibiodies that have been generated against novel brain cells of these proteins that can be used to develop future brain delivery systems. Those will be used in the follow up IMI project.

There were also a lot of non-tangible assets: 65 publications, the know-how that has been generated and can be used by everybody and procedures that have been published.

Enrico Mastrobattista: The way it is set up, it is part-time job to manage a consortium like this, but at the peak were more than 130 people, so it is not really a part-time job. That’s what I have underestimated – it is a huge investment to do a proper management of a group like this. I have learned a lot and I am really thankful for that. But what I would do differently next time when starting a project like this, I would allocate more time and resources to project management.