06/06/2017 Facebook Twitter LinkedIn
IMI’s EPAD project has an ambitious goal – to revolutionise the way we carry out clinical trials for treatments designed to prevent Alzheimer’s dementia. In an interview with the IMI Programme Office, project coordinators Craig Ritchie of the University of Edinburgh and Serge Van der Geyten of Janssen Pharmaceutica explain what the project has achieved so far and why the project team is like a family. 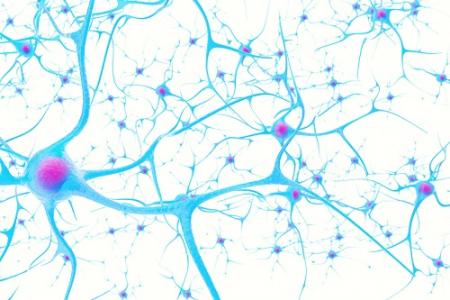 Despite considerable efforts and investments over the past decades, there is still no disease-modifying treatment for Alzheimer’s disease. This is probably due in part to the fact that efforts to develop treatments have traditionally focused on those who already have very advanced disease. However, scientists now know that the earliest signs of Alzheimer’s disease start to appear in people’s brains years and even decades before the first symptoms of dementia appear.

The goal of the EPAD project is to create a platform to run trials of treatments designed to prevent, or at least delay the onset of, dementia. ‘What that means is taking people who show evidence of Alzheimer’s disease, but don’t yet have dementia, and trying to prevent that from happening,’ explains Ritchie.

And while conventional clinical trials compare one treatment against a placebo, the EPAD platform will allow researchers to compare several treatments to a placebo at the same time, and this will in turn create learning opportunities. ‘I think one of the strengths of EPAD is that we can do analysis across the different interventions, across the different trials, and learn, but without running into the legal boundaries you would normally have because we have created a trusting environment and we have put a system in place that allows us to do that and actually learn across the treatment arms,’ says Van der Geyten.

One of the project’s first tasks is to create a cohort of several thousand people who could take part in trials run through the platform. Volunteers in the cohort will have regular health checks including blood tests and brain scans. Researchers will also track their thinking skills over time using tests of mental agility.

This cohort will dramatically reduce the time taken to set up a trial. Dr Van der Geyten points out that currently, around 90% of those screened for inclusion in a clinical trial are found to be unsuitable. ‘Let’s say you want to do a study with 300 people,’ he says. ‘So people come in, you test their cognition and their amyloid status, and 90% of those people don’t fit. So basically, you need to screen 3 000 people to get your 300.’ Thanks to the tests the EPAD volunteers will undergo before they are asked to go into a trial, those planning the trial will be able to easily identify people who are likely to fit what the trial needs. The EPAD team hopes that this will cut the screen failure rate from 90% to about 20%.

The first cohort participant was recruited in summer 2016 and the project is approaching the 250 mark. With more recruitment centres opening up across Europe over spring and summer 2017, the cohort is expected to grow rapidly in the coming months and years.

Looking to the future, Craig Ritchie draws on a real life case study to explain what the long-term impacts of EPAD could be. ‘Five years ago a patient came into my office and explained that both his parents were diagnosed with Alzheimer’s dementia. He asked me what his risk was and what he could do about it. To which I replied "To be honest I don’t know, and I don’t know". If you fast forward though to five years from now once EPAD has generated vast amounts of data from the cohort study and trial; we would be able to say that "on the basis of tests we’ve done, including genetic, blood and cognitive tests, then we may be able to confidently say that you have a 37% chance of Alzheimer’s disease progressing by 10% over the next five years". Then we’d say, "…but don’t worry, we’ve got a drug that will manage this and reduce the chance of progressing substantially".’ This may sound simple, and both Ritchie and Van der Geyten are quick to point out that in reality, most patients would need a combination of drug treatments and lifestyle changes to prevent dementia. Nevertheless, they are convinced that EPAD will deliver the data to allow doctors to make those kinds of statements in the not too distant future.

Meanwhile, the project has already come a long way since its launch two years ago, and both coordinators attribute this progress to the warm, supportive atmosphere among the ‘EPADistas’, as the project partners are known. ‘We have a good group – we understand each other,’ says Van der Geyten, while Ritchie adds: ‘It’s a family.’

In part, that feeling comes from the recognition that all the partners in the project want to achieve the same thing. ‘What you sometimes see in projects, and we had it a bit at the beginning of EPAD, is the gap between academia and industry, and there shouldn’t be,’ says Van der Geyten emphatically. ‘At Janssen our main driver is helping people, getting innovative medicines to patients, and that’s the same thing our academic colleagues want. Yes, we take a slightly different approach on things, but in the end, we serve the same purpose. In addition, EPAD has also significantly improved collaboration between pharmaceutical companies, something that was hard to imagine 10 years ago.’

Another strong focal point binding the project partners together is the growing cohort of volunteers. The project has set up a participant panel to facilitate their involvement in the running of the project, and cohort volunteers will also be represented in one of the key decision-making bodies within the project.

‘The attitude within the project is that we’re just facilitators, and what matters most are the research participants,’ says Ritchie. ‘They are the ones with the disease and the ones at risk. We’re just there with the knowledge and the science and the resources to run it. This is their project – we’re just shepherding it.