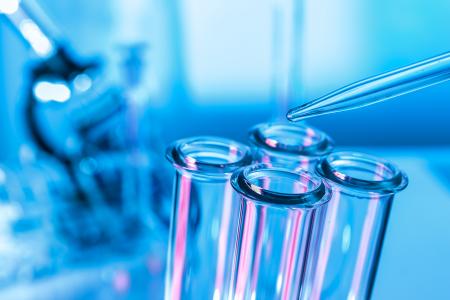 In recent decades, shape-shifting stem cells have captured the imagination because of their potential to repair all kinds of damaged tissue. Today, bone marrow transplants, which contain rejuvenating cells, are a well-established therapy for life-threatening blood cancers like leukaemia. But emerging research is exploring how to develop pluripotent cells – the immature form of stem cells – and direct them to grow and differentiate into healthy tissue for just about any organ or body part.

But problems of consistency, quality as well as ethical and legal challenges have held back potential stem-cell derived drug discovery. Embryonic stem cells produced during pregnancy are known for their effectiveness, but science is now turning to cultivating adult ‘human-induced pluripotent stem cells’ (hiPSC) from donated skin and blood that can then be converted into all cell types, such as those that are part of the nervous system, skin, or heart.

The EBiSC project was set up to meet increasing demand for high-quality, research-grade hiPSC lines for targeted diseases – but also healthy ‘disease-free’ lines – as well as the data and services associated with delivering them.

“Pluripotency is crucial when access to human-derived primary tissue for specific uses, such as studying phenotypes of neurological or developmental diseases, is hard to come by,” according to project coordinator Andreas Ebneth, scientific director of Janssen’s Neuroscience Therapeutic Area, Belgium.

EBiSC is funded through the EU’s Innovative Medicines Initiative (IMI), a public-private partnership between the European Commission and the European Federation of Pharmaceutical Industries and Associations.

EBiSC has quickly established a robust, reliable supply chain from the generation of cell lines, their specifications and compliance according to internationally accepted quality criteria, to their world-wide distribution to labs and organisations for research use.

The project has been boosted by a so-called ‘hot start’, reported in Stem Cell Research and Trends in Biotechnolgy (CellPress), by securing and validating established cell lines from leading biotech and academic partners.

This was quite an achievement, says Ebneth: “It showed what can be done when industry and public stakeholders team up to provide a resource for the common good.”

This approach almost instantly yielded 36 hiPSC lines along with the necessary operational, administrative and executive tools and guarantees to reliably use them in the process of developing new therapies.

The project has since boosted that number to around 370 gender-balanced cell lines for some 20 diseases, including Alzheimer’s and Parkinson’s disease as well as metabolic and cardiovascular disorders, all available via its online catalogue.

But EBiSC is aiming much higher than that. It eventually aims to process over 1 000 lines once reaching full-scale operations at the end of 2017. The project plans to continue as a sustainable not-for-profit bio-banking operation from 2021 onwards.

EBiSC is spearheading Europe’s leadership in iPSC standardisation. Through market research, stakeholder engagement, incentives, training, and technological developments EBiSC is also promoting wider participation and use of this vital resource.

The cross-border, public-private nature of the project has been critical in reaching this point, says Aidan Courtney, chief executive officer of Roslin Cell Sciences and manager of the project’s public partners. “By setting international standards for best practice in iPSC research and cell banking, EBiSC is poised to have a big impact on European iPSC research and healthcare,” he predicts.

In future, the international network aims to offer joined-up services such as standardised bio-sample procurement, cell-line creation and in-depth quality control. These may significantly boost the chances of new drug discovery and development, and improve the health and lives of people worldwide.