14/06/2018 Facebook Twitter LinkedIn
Liquid biopsies can help to diagnose cancer in its early stages, and assist clinicians in monitoring the impact of treatment at any point. IMI's CANCER-ID project has validated a series of tests for cancer cells to help develop more effective methods of diagnosis and more personalised treatments for lung and breast cancer - two of the most frequent malignancies in Europe. 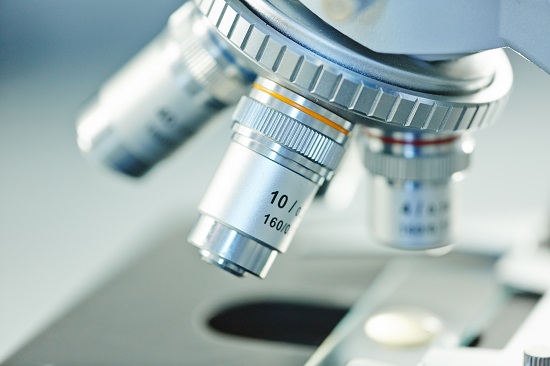 Cancer is traditionally diagnosed by taking a sample of a tumour from the affected area and testing it. Depending on the location and size, the primary tumour or the metastasis is sometimes inaccessible and a biopsy may not be possible. Moreover, biopsy is an invasive procedure causing tissue damage which can result in severe side effects (such as bleeding and inflammation).

When cancer develops, the body undergoes changes with biomarkers being released into the bloodstream. Liquid biopsies are non-invasive tests which work by detecting circulating tumour cells, circulating free tumour DNA (cfDNA) and microRNAs (miRNAs) in a blood sample. As well as identifying cancer in its early stages, they can help track the efficacy of treatment, enabling clinicians to act if certain treatments are not working.

While offering great potential, a lack of standardised assays – or tests – have hampered research and slowed clinical adoption. The CANCER-ID project was funded by the Innovative Medicines Initiative, a public-private partnership between the EU and the European pharmaceutical industry. It brought together 38 partners from 13 European countries, as well as groups from the US and a company in Singapore, to develop and validate standardised operating procedures for liquid biopsies.

“Blood-based biomarkers offer us a significant opportunity to test for the presence of cancer, and for those patients who have it, to create more personalised and effective treatments,” says project coordinator Thomas Schlange of Bayer in Germany and a coordinator at the European Federation of Pharmaceutical Industries and Associations. “If we can develop a standardised process for testing and analysis we can begin to develop more personalised treatments for patients and improve outcomes.”

Tumour cells can be difficult to detect in the human bloodstream, with sometimes less than one tumour cell to every million white blood cells. The CANCER-ID team focused on four specific work streams covering all aspects of liquid biopsy testing for cancer. Specifically, these included developing the criteria for evaluating circulating tumour cells; defining the methods for analysis of nucleic acids; developing clinic-ready protocols for liquid biopsy testing; and creating protocols for the management and storage of data.

Together, they provide a comprehensive framework for using liquid biopsies. The geographically dispersed team focused on developing simple guidelines that can be implemented.

“During the initial stages of the project we used different technologies across different sites to establish standardised methods to run multiple assays,” says Schlange.

Informed by both public and private partners, the protocols are designed to provide best-practice guidelines and will be made freely available via open-source platforms, providing a standardised basis for research and, in the future, clinical practice.

Theoretically, liquid biopsies could be used to test for all types of cancer, but initially, in the next phase of the project, the CANCER-ID team will validate tests in controlled clinical studies on non-small cell lung cancer patients and those with a specific form of breast cancer (HER2 resistant). “Our idea is to broaden the spectrum of cancers where liquid biopsy has a space,” says Schlange.

By establishing and standardising the framework for liquid biopsy testing, the project hopes to develop less-intrusive tests for cancers – potentially reducing the need for patients to undergo invasive biopsies. It can also help to develop more personalised and effective treatments for certain cancers that will improve patient outcomes, according to Pantel. “By testing our standardised approach in different sites across the world we hope to facilitate regulatory approval for liquid biopsy approaches.”