01/12/2017 Facebook Twitter LinkedIn
Rapid diagnosis is vital for controlling outbreaks of the deadly Ebola virus. Currently this can only be done in complex laboratories and samples from infected patients are dangerous to handle and transport. Faced with this challenge, IMI's EbolaMoDRAD project is developing fast, local tests to spot infection quickly and safely, helping to contain its spread and saving lives in the process. 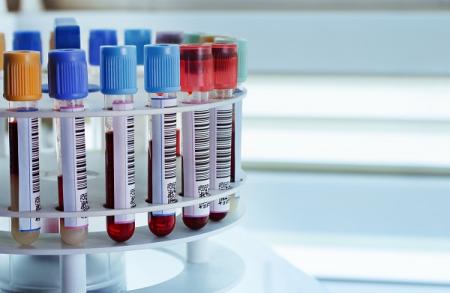 More than 10 000 people have been killed by Ebola virus in West Africa since 2014. The World Health Organization (WHO) declared that the outbreak was an ‘extraordinary event’ that posed a public health threat not only to the region but to the rest of the world.

Diagnosing infected patients quickly and accurately is key to controlling the spread of the virus. However, this can currently only be done in relatively sophisticated laboratory settings, which may be many miles from affected areas. This means that potentially infected blood samples have to be packaged and transported for testing, which is dangerous and time consuming.

To tackle this problem, the EU and industry-funded EbolaMoDRAD project is developing and validating new diagnostic tests for Ebola that can be carried out wherever patients are located, quickly and safely, without the need for highly technical laboratory equipment or training.

“Ebola is a big challenge and everybody wants to help,” says project coordinator Ali Mirazimi of Sweden’s Public Health Agency. “We have had Ebola since 1976 but this time the virus spread very rapidly. During this outbreak there wasn’t good infrastructure for diagnosis and samples were having to be moved around to reach the labs. We wanted to bring advanced diagnostic technology closer to the patients.”

Before developing a test, the EbolaMoDRAD team first had to find a way of safely collecting infected blood samples that would not put healthcare staff at risk. To do this, they have created a vacuum sample collection tube filled with so-called blue juice, which safely collects and deactivates the virus while keeping its genetic material stable for around five weeks.

The researchers have investigated various techniques for detecting the Ebola virus infection in blood samples, including testing for the presence of the virus itself and measuring molecules that reflect the immune response to viral infection. The most promising method is known as isothermal amplification, which detects the genetic material inside the virus.

Unlike other gene detection methods that require samples to be taken through multiple cycles of heating and cooling over several hours, isothermal amplification is carried out at a constant temperature of around 60 ⁰C and takes less than an hour. The team is now validating the test with samples collected from infected patients in West Africa, ensuring that it is accurate, sensitive and reliable enough to be used in the field.

The research team is now seeking investment to develop the technology into a portable test that could be rapidly distributed in the case of further outbreaks. As well as detecting Ebola, the isothermal amplification technique can also be adapted to diagnose other viruses that are common in the same regions and may have similar symptoms, such as the Marburg virus.

“If there is an outbreak of a new disease we can add that to the test and we can detect several viruses with just one assay,” says Mirazimi. “It is challenging but if we are ready for the next outbreak we can make a difference.”

This project is funded by the Innovative Medicines Initiative, a public-private partnership between the EU and the European pharmaceutical industry.