31/08/2017 Facebook Twitter LinkedIn
IMI's BTCure project has generated new insights into the causes and development of rheumatoid arthritis, directing efforts towards earlier detection, prevention and the idea of inducing tolerance to this chronic and debilitating disease. Follow-up research includes new studies to further explore this 'tolerance' challenge and progress on a new antibody detecting device. 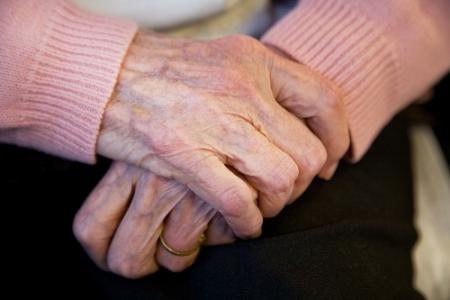 Rheumatoid arthritis is a chronic disease set off by the body’s immune system not working properly. It causes pain and swelling, especially in joints, and affects about 1 % of the population.

While new treatments have helped to relieve the inflammation, almost a third of patients still respond poorly to these and scientists have no way of predicting who they will work on and why. This makes the choice between available treatments complicated and uncertain.

BTCure project, part of the EUR 5 billion Innovative Medicines Initiative (IMI), has tackled this knowledge gap head on. It has created better tools, such as new biomarkers, animal models of the disease, and bio-informatic systems. It has developed testing procedures (assays) to measure these biomarkers for signs of disease, its progress and its responses to therapy.

“We called the project ‘Be the Cure’ for a reason because we really wanted to take tangible steps to preventing and curing rheumatoid arthritis,” says Martina Johannesson of Sweden’s Karolinska Institutet, one of BTCure’s scientific coordinators. “Our work has helped shape the landscape of future research in RA and opened up a new window for disease interception.”

With 38 partners from 15 countries, BTCure set out in 2011 to better understand and show how immune and inflammatory reactions develop from a point where no symptoms are present, but the body is having autoimmune reactions, to when non-specific symptoms appear, and then further into the full-blown disease causing pain and joint damage. Knowledge gained from this is feeding into new ways to diagnose and treat the disease before the immune system’s over-active antibodies do irreversible harm.

There has been a clear shift from trying to contain the chronic condition to therapies aimed at preventing the disease and even inducing ‘tolerance’ to it at a very early stage. A follow-up IMI project is under development and is set to take up that challenge.

Meanwhile, BTCure researchers believe they have partly answered the question of why joints are targeted by the immune system in rheumatoid arthritis. They identified a link between ‘osteoclasts’ – cells that absorb bone tissue during growth and healing – and the offending antibodies (ACPAs).

The project has carried out extensive ACPA research, which provides a framework for future studies of people at risk of contracting rheumatoid arthritis. The researchers also investigated how the antibodies contribute to symptoms, problems of recurring pain and ultimately tissue destruction.

“Close interaction between our industrial and academic partners using a large set of bio-banked samples resulted in new ACPA-detection chip designs. These are instrumental to the device that is now being developed to help clinicians diagnose rheumatoid arthritis much earlier,” reveals Johannesson.

This advance could have huge benefits for over-burdened healthcare systems and boost productivity in businesses with much fewer workers on long-term leave.

In Belgium alone, rheumatoid arthritis drugs adalimumab and etanercept took the top spots in the list of most reimbursed medicines to outpatients in 2014, at a combined cost of around EUR 190 million, and increasing.

The partners also developed an exhaustive biobank of cell lines, called the kinase inhibitor library, and identified a series of compounds that inhibit T cell/APC interactions using advanced imaging tools. A separate project at a partner institute is exploring this promising result.

Studies have also developed cellular interactions in models of arthritis. These have used the techniques developed in BTCure and are due for publication in Annals of Rheumatic Disease. Experience with patient cohorts (study groups) under BTCure has also led to a number of recommendations which are evolving into benchmarks for RA research.

The team learned that patient organisations and research partners need to be engaged right from the start, with a governance structure in place to ensure patient involvement is meaningful and sustained throughout the project.

Dedicated budgets for patient studies and a central fund for partners to meet in person and exchange know-how is also recommended, especially for PhDs and post-docs whose careers benefit from high-profile IMI initiatives like BTCure.

Indeed, the legacy of the project will be felt for years to come in the form of not just new discoveries, tools and guidelines, many of which are being further developed in ongoing and planned research, but also in the fresh opportunities it opens for European researchers in this field.