Many infectious diseases, including influenza and Ebola, can be transmitted to humans from animals (and vice-versa). Known as zoonoses, these diseases represent a serious threat to both human and animal health. ZAPI brings together experts in human and animal health to create new platforms and technologies that will facilitate a fast, coordinated, and practical response to new infectious diseases as soon as they emerge.

New infectious diseases are emerging at an increasing frequency in the EU and other regions of the world, with the potential to profoundly impact public and animal health, and strongly disrupt local and international economies. The majority of these diseases are zoonoses, meaning they originate in or are transmitted by animals. In the last 20 years, there have been 25 documented emerging diseases that moved from wild or domestic animals to human populations. It is highly probable that zoonoses that spread rapidly (many of them are insect-borne diseases) in one or several EU countries will continue or increase due to environmental and demographic changes. The EU has already been affected by many zoonoses over the past 20 years, for example, West Nile virus, chikungunya and influenza H5N1.

Too many delays in vaccine delivery

Due to the unpredictable nature of the zoonotic outbreaks, the rapid development of containment and control programmes is critical to the well-being of both human and animal populations. Current vaccine development platforms, however, may not be appropriate to come up with effective products that can trigger a protective response. Additionally, in most cases these platforms rely on cell lines from mammals, which may not be readily available and may not yield enough material to address outbreaks. Furthermore, long regulatory processes for product approval may delay their applications. All of this results in unacceptable delays in vaccine delivery to the populations in needs.

Zoonoses clearly demonstrate that the health of the people is closely interlinked with the health of the animals and the environment – these types of diseases require a ‘One Health’ approach to research, which includes measures in the human and veterinary field. Today, no individual organisation has either the expertise or the resources available to ensure full readiness for delivering efficient control tools against future outbreaks. Therefore, close collaboration among governmental regulatory agencies, academic groups and industrial partners is a must for achieving such an ambitious objective.

What does ZAPI bring to the table?

By bringing together more than 20 partners, including leading human and veterinary research institutions, non-governmental organisations, regulatory agencies, academic groups and manufacturers, ZAPI aims to shorten the time to respond to emerging infectious diseases by using a multidisciplinary, One Health approach. The project aims to produce both platforms for the rapid production of veterinary vaccines and antibodies to protect the human population. The project also aims to ensure fast-track registration and implementation of the control tools after the emergence of the disease.

More specifically, the project is working towards:

It is less expensive to control new infectious diseases in animals compared to the high costs triggered when the disease spreads to people. Therefore, the focus of the project is on three pathogens which occur first in animals before moving to people.

ZAPI’s innovative approaches aim to result in significant scientific and technological impact, leading to a faster response to newly emerging viruses. Furthermore, the ZAPI platform will reduce the number of animal experiments necessary for the development of vaccines, and will minimize the need for control tests in animals for the regulatory release of commercial vaccine batches.

A year after the launch, the project is already yielding its first results. The results generated so far confirm the initial hypothesis that it should be possible to generate viral vaccines based on small subunits expressed in systems other than the classical mammalian or avian cells. Additionally, some of the project milestones have already been achieved ahead of schedule including the generation of key neutralizing antibodies against all 3 target viruses. In addition,  a consensus on industrial and regulatory processes needed to deliver key vaccines and/or antibodies in quantities needed to address outbreaks was obtained; methodology to determine constraints and criteria for the selection of systems for industrial scale-up; as well as innovative advances for the design in vitro QC assays, and innovative advances in the design of vaccine candidates were developed. 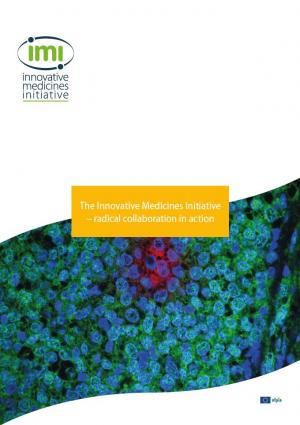 As they grow, SMEs in all sectors face constraints on their resources. IMI’s SME strategy allows us to support them in different ways
more 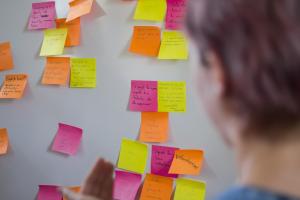 A number of IMI’s projects are making valuable contributions to the global effort to tackle COVID-19. The contributions include knowledge, tools and expertise, and while some come from projects in the infectious disease field, projects working in other areas, such as data management and Alzheimer’s disease, are also stepping up to the plate.
more 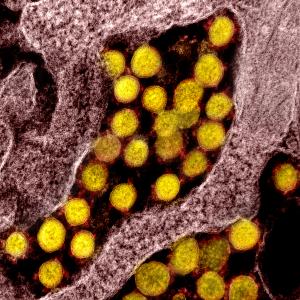 A recipe for the next disaster: a new, pan-virus methodology for ramping up vaccine production
March 2021

One way of dealing with the threat of another pandemic like COVID-19 is investing in plug-and-play vaccine technologies that can respond to a wide variety of virus types. IMI’s ZAPI project has created a new methodology for quickly designing and manufacturing a vaccine in the event of a new disease outbreak in humans or animals that consists of the assembly of only two components. ###The only variable is the immunogen, which will change depending on the target pathogen.

Manufacture of a so-called ‘ZAPI-like vaccine’ can take place anywhere. That’s because a guiding objective in the design of the manufacturing process was to keep it very simple by limiting the number of steps involved. Having multiple manufacturing sites is one of the key factors in responding as quickly as possible in the event of a new pandemic as it enables to expand production capacity close to the needs everywhere in the world.

‘We have demonstrated up to a significant scale that this vaccine approach can be readily and rapidly industrialised to supply the large number of vaccine doses which are needed,’ explains ZAPI coordinator Jean-Christophe Audonnet. ‘This is something that everyone can appreciate when you see that SARS-CoV-2 vaccine manufacturers are suffering from shortages or significant capacity reductions compared to the amounts that had been promised initially in the vaccine supply agreements.’

ZAPI-based vaccines are currently being developed for SARS-CoV-2. 'Chinese, UK and US teams are actively working with this MPSP display-based vaccines, most of them using exactly the same MPSP [multimeric protein scaffold particle] as in the ZAPI project, coupled to SARS-CoV-2 RBD subunit,' concludes Dr Audonnet.

This month IMI announced a new funding Call in reaction to the spread of COVID-19. The process is being fast-tracked, just like the call for Ebola projects in 2014. However, as IMI Executive Director Pierre Meulien points out in a new opinion piece published on the IMI website, there’s nothing unexpected about the emergence of these epidemics.###

‘Every year, viruses jump from animals to the human population, including certain strains of influenza,’ he writes. ‘The closer we live to animals, the more of these ‘jumps’ we’re going to see.’

The scientific community needs to get ready to respond regardless of where the next virus comes from. In that respect, two ongoing IMI projects now look particularly prescient: the ZAPI project was set up to deliver a platform and technologies to facilitate a rapid response to future disease outbreaks. In 2019, the project demonstrated that certain antibodies can stop the MERS coronavirus from infecting new cells, and they’re now assessing whether the antibodies could also be effective against SARS-CoV-2, the virus that causes COVID-19. COMBACTE-NET, part of the antimicrobial resistance programme, has set up a network of clinical and laboratory sites across Europe that has been mobilised to support global efforts to standardise the information gathered from patients with suspected or confirmed COVID-19.

COVID-19 has put everyone on the alert because there’s so much we don’t know about it. Dr Meulien concludes: ‘In the coming months, the scientific community will no doubt be able to answer more questions about the epidemiology and modes of transmission of the virus, and the story will gradually recede from the headlines. Meanwhile, the projects that will result from the IMI coronavirus call will outlast the news cycle, putting everything in place for the next outbreaks, wherever or however they may emerge.’

IMI’s ZAPI project: ‘This is like a real-life experiment for us’
March 2020

Zoonotic diseases are those that are transmitted from animals to humans. COVID-19 is zoonotic in origin, and experts believe such outbreaks could become increasingly frequent in the future. The best we can do - and must do - is be prepared. ###In 2015, IMI launched ZAPI (Zoonotic Anticipation and Preparedness Initiative) to set up tools and platforms that would be ready to put into production for vaccines and monoclonal antibodies (cloned copies of the body’s natural defences) to efficiently counter emerging or remerging diseases. Much of the project’s work on the Middle East respiratory syndrome (MERS) coronavirus, can be directly applied to SARS-CoV-2, the virus that causes COVID-19, as the two are closely related.

‘This scenario with COVID-19 is exactly the scenario that we are working to prevent in the future – of course it’s never exactly the same virus but one of our models, the MERS coronavirus that occurred a few years ago, has taught us a lot about how to design and manufacture antibodies and to test them,’ says project coordinator Jean-Christophe Audonnet of Boehringer Ingelheim.

‘As we have seen, the diseases are coming very fast, and it’s very difficult to react very efficiently to the different factors. We want to show, however, what is technically possible,’ he continues. ‘It’s a real life experiment now for us. A factor that we need to explore better through dialogue is how we can reduce the timelines for the key decisions - political and regulatory ones. Maybe we have to reflect all together as a society how to overcome this.’

IMI’s vaccine projects in the spotlight
May 2019

In the run-up to World Immunisation Week 2019, the IMI Programme Office caught up with three projects working in this important area.###

World Immunisation Week is organised by the World Health Organization at the end of April every year.