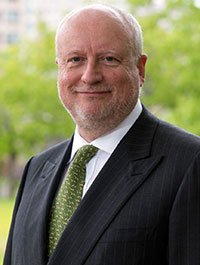 Today, the Innovative Medicines Initiative (IMI) named Pierre Meulien as its new Executive Director. Pierre Meulien comes to IMI from Genome Canada and will take up his duties at IMI in mid-September 2015. He brings with him a wealth of experience working in academia, the pharmaceutical industry, and research-funding organisations on both sides of the Atlantic. The news was announced at IMI’s annual Stakeholder Forum in Brussels, Belgium.

Pierre Meulien is currently President and Chief Executive Officer (CEO) of Genome Canada, a not-for-profit organisation that connects ideas and people across public and private sectors to find new uses for genomics and invests in large-scale science and technology to fuel innovation in key sectors, including health. While at Genome Canada, he succeeded in securing significant funding from the Government of Canada and leveraged further funds through partnerships. He also developed the Genomics Innovation Network to keep Canada at the cutting edge of genomics-based technologies.

Before joining Genome Canada in 2010, Pierre Meulien served as Chief Scientific Officer for Genome British Columbia, where he promoted the organisation's scientific strategy. Prior to that, he was founding CEO of the Dublin Molecular Medicine Centre (now Molecular Medicine Ireland) which linked the three medical schools and six teaching hospitals in Dublin to build a critical mass in molecular medicine and translational research. While in this role he served as the Irish representative on the committee that would eventually become the IMI States Representatives Group.

Pierre Meulien also has experience of working in industry, having worked at Aventis Pasteur in Canada and France, and at French biotechnology company Transgene. He has a PhD in molecular biology from the University of Edinburgh and worked as a post-doctoral researcher at the Institut Pasteur.

Pierre Meulien said: ‘I am delighted to have been selected to lead the second phase of the Innovative Medicines Initiative. This unique joint venture will deliver health innovations to millions of European citizens and solidify an important industry based in Europe that will be a source of jobs and growth in all of the Member States.’

EFPIA Director General Richard Bergström added: ‘I am delighted that Pierre will join IMI. He has the perfect background, having worked in the area where public sector and private sector interests overlap, all in the interest of advancing the latest science for the benefit of patients.’

Acting IMI Executive Director Irene Norstedt commented: ‘I am extremely pleased to be handing IMI over to Pierre. He has the experience and skills needed to lead the organisation and ensure it continues to deliver breakthroughs that will have an impact on drug research and development and, ultimately, patients’ lives and public health.’

The mandate of Professor Michel Goldman, the previous IMI Executive Director, ended in December 2014. Since then, Irene Norstedt has been seconded to IMI from the European Commission to head up the organisation as Acting Executive Director. When Pierre Meulien takes up his duties, she will return to her post as Head of Unit in the European Commission’s Directorate-General for Research and Innovation.

A biography is below, along with details of the recruitment process and information on conflicts of interest.

Interview opportunities: Pierre Meulien is travelling extensively at the moment but can be contacted for interviews. His contact details are available from Catherine Brett. Please note that for much of mid-June, Pierre Meulien will be travelling in the US and Canada and will be on Eastern Daylight Time (i.e. 6 hours behind Central European Summer Time / Brussels time).

Pierre Meulien graduated with a degree in microbiology from the University of Liverpool, UK, before moving to the University of Edinburgh where he obtained his PhD in molecular biology in 1981. He then worked as a post-doctoral researcher at the Institut Pasteur in Paris and as a researcher at French biotechnology company Transgene.

In 1991, he took up the post of Director of Research at Aventis Pasteur (now Sanofi Aventis) in France, before moving to Canada in 1998, where he worked as Senior Vice-President R&D for Aventis Pasteur Canada.

From 2002 to 2007, Dr Meulien served as founding CEO of the Dublin Molecular Medicine Centre (now Molecular Medicine Ireland), which linked the three medical schools and six teaching hospitals in Dublin to build a critical mass in molecular medicine and translational research. The Centre managed the €45 million Programme for Human Genomics financed by the Irish government and was responsible for coordinating the successful application for the first Wellcome Trust funded Clinical Research Centre to be set up in Ireland.

In 2007, Dr Meulien moved back to Canada, where he worked until 2010 as Chief Scientific Officer for Genome British Columbia. There, he promoted the organisation's ongoing scientific strategy, focusing on the science of genomics, proteomics and bioinformatics within the larger realm of biotechnology and life sciences. Facilitating the translation of genome based technologies into end user communities across many life science sectors was also a key responsibility.

Since 2010, Dr Meulien has been President and CEO of Genome Canada. While there, he raised CAD$300 million from the Government of Canada which will be leveraged to $CAD900 million through partnerships. For example, a major partnership with the Canadian Institutes of Health Research resulted in the CAD$150 million ‘Genomics and Personalised Health’ programme, which was launched in 2012 and provided funding for 17 projects involving 19 industry partners, academics, clinicians, health economists and health authorities in Canada. He also developed the Genomics Innovation Network (launched in 2015) to keep Canada at the cutting edge of genomics-based technologies and involving 10 highly specialised technology platforms across Canada.

About the recruitment process

The Executive Director was appointed by the IMI Governing Board on a proposal from the European Commission.

In line with normal practice for senior posts in the EU institutions, the recruitment process for the new IMI Executive Director was handled by the European Commission’s Directorate-General for Human Resources and Security. The vacancy notice was published in the Official Journal on 18 June 2014, with a deadline for applications of 16 July 2014.

Following the interviews, the pre-selection panel drew up its conclusions and proposed a list of candidates for further interviews with the European Commission’s Consultative Committee on Appointments (CCA). Candidates called for an interview with the CCA were also asked to participate in a full-day assessment centre run by external human resources experts. On the basis of the interview and results of the assessment centre report, the CCA established a shortlist of candidates. This shortlist was submitted to the relevant Member of the European Commission who interviewed these candidates.

The European Commission then adopted a shortlist of the most suitable candidates, which it passed on to the IMI Governing Board. The Governing Board interviewed the shortlisted candidates and nominated the Executive Director.

About conflicts of interest

When he accepted the post of IMI Executive Director, Pierre Meulien pledged to resign from all his current positions and not hold any interests incompatible with the job. When he formally takes up his duties, his declaration of interests will be published on the Executive Director page of the IMI website.

About the Innovative Medicines Initiative

The Innovative Medicines Initiative (IMI) is working to improve health by speeding up the development of, and patient access to, innovative medicines, particularly in areas where there is an unmet medical or social need. It does this by facilitating collaboration between the key players involved in healthcare research, including universities, the pharmaceutical and other industries, small and medium-sized enterprises (SMEs), patient organisations, and medicines regulators.

IMI is a partnership between the European Union and the European pharmaceutical industry, represented by the European Federation of Pharmaceutical Industries and Associations (EFPIA). Through the IMI 2 programme, IMI has a budget of €3.3 billion for the period 2014-2024. Half of this comes from the EU’s research and innovation programme, Horizon 2020. The other half comes from large companies, mostly from the pharmaceutical sector; these do not receive any EU funding, but contribute to the projects ‘in kind’, for example by donating their researchers’ time or providing access to research facilities or resources.