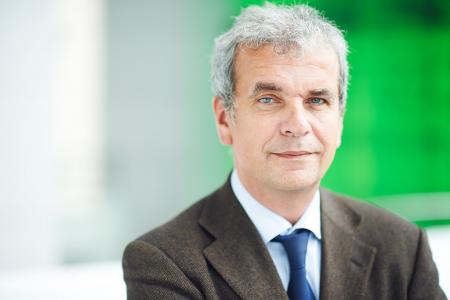 It is with great sadness that we announce the death of our friend and colleague, Antoine Cuvillier, who passed away on 22 December 2018 at the age of 54. Antoine was IMI’s Head of Administration and Finance.

After studying law in France and the US, Antoine embarked on a career that would span seven countries and three continents. He worked in law firms in the US and France, before moving to the UK in 1994 to take up a post at the European Medicines Agency (EMA). Subsequently, he worked at the European Food Safety Authority (EFSA) in Italy; the Council of the European Union’s mission to Guinea Bissau; and the European Maritime Safety Agency (EMSA) in Portugal.

Antoine joined the Innovative Medicines Initiative (IMI) in October 2011, when IMI was still a young organisation. He threw himself into the job, and under his gentle leadership, the administration and finance team grew and developed dramatically.

He played a vital role at key moments in IMI’s history, including the transition between Executive Directors and the launch of the IMI2 programme. He excelled at bringing people together, and this helped IMI to build strong relationships with the European Commission and EFPIA as well as with our fellow joint undertakings and the other EU agencies, to name a few.

As well as being extremely hard-working, he was also unfailingly kind and always found time to provide support to colleagues who needed it. His sense of humour and positive attitude made working with him a pleasure.

We will miss him immensely and we extend our deepest sympathy to his family.